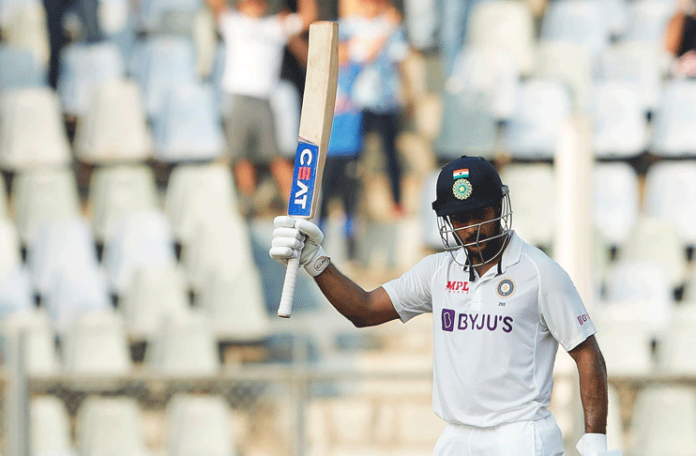 In the second test, Indian openers Mayank and Shubman Gill put on a brilliant 80-run opening partnership to get the team off to a good start. Both the batters were looking firm before Shubman was dismissed on 44 by Ajaz Patel.

The team’s returning skipper, Virat Kohli, was trapped in the legs by Ajaz on a duck. Kohli decided to challenge the on-field umpire’s decision, but the third umpire upheld him out. Cheteshwar Pujara also went for a duck, and the team went from 80/0 to 80/3 in a matter of minutes, losing three wickets for none.

Mayank, along with Shreyas Iyer, batted competently and put on an important 80-run partnership to get their team out of trouble. The stand was broken when Iyer was dismissed on 18 by Ajaz.

Mayank then formed a crucial partnership with Wriddhiman Saha, leading their team to a comfortable 221/4 at the stumps. The pair batted extremely well and ensured that the team did not lose any wickets. Mayank (120*) and Saha (25*), the centurion and star performer for the Blue Caps on day one, will resume the side’s proceedings.

Ajaz was the stand-out bowler for the Black Caps as the spinner bagged four wickets in the day’s play. Rest of their bowlers were unable to open their account.