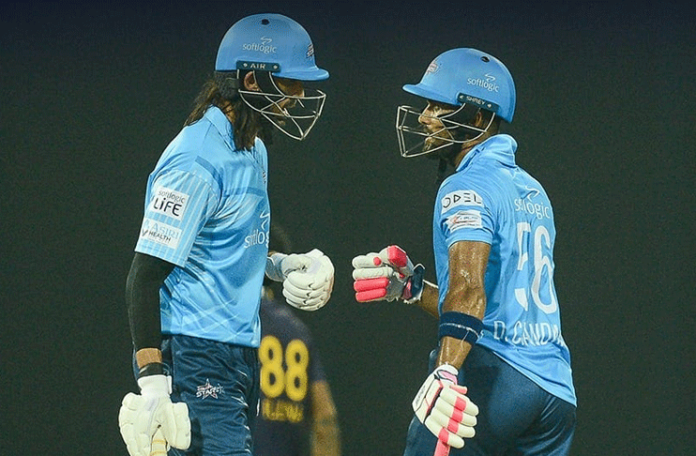 Chandimal and David Wiese played sensible knocks to help the side chased down 117 in the allotted 20 overs. Chandimal scored unbeaten 26 runs off 27 balls including two boundaries, while Wiese scored important 22 off 16 balls, including two maximums.

Gladiators’ bowlers did well, but could not finish the game for their side. Pulina Tharanga and Nuwan Thushara each bagged two wickets. Whereas, Mohammad Hafeez and Noor Ahmad took one wicket apiece.

Batting first, the Gladiators were utterly stymied by Stars bowlers, and none of their batters were able to assist the team produce a reasonable score. In 20 overs, Gladiators were reduced to 116/8.

Isuru Udana scored 25 followed by highest run-scorer of the side, Ben Dunk with 38 runs off 25 deliveries, laced with four boundaries and a maximum.