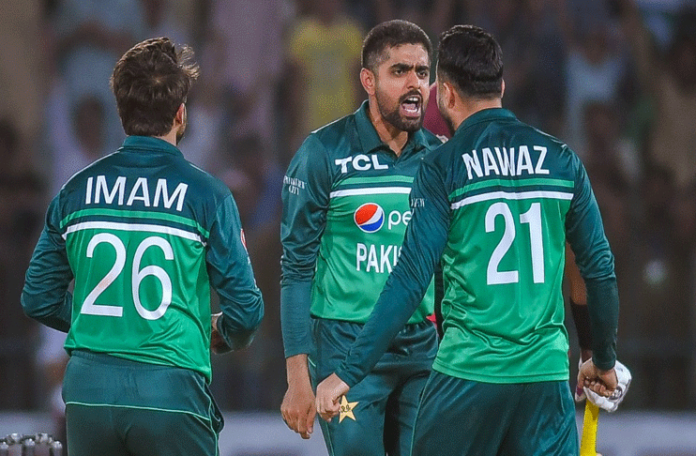 Pakistan’s triumph over the West Indies in the second ODI helped the Green Shirts to maintain their superior record over the latter in ODI cricket as Pakistan have now won 10 consecutive series against the Caribbeans; winning the last ODI series in 1992.

Pakistan captain Babar Azam and the left-handed batter – who are in sublime form in the ODIs have marked themselves again into the record’s book as the two batters have joined Pakistan’s Mohammad Yousuf and eight batters to score six consecutive half-centuries just after the legendary batter Javed Miandad, who scored a record nine fifties.

Babar, who enjoyed a successful Australia tour carried on his wonderful in the home ODI series against the West Indies as the right-handed batter has scored nine consecutive half-centuries across all formats which is the longest streak of fifty-plus scores for any batter in men’s international cricket.

Pakistan’s hero with the ball against the West Indies in the recently-concluded second ODI Mohammad Nawaz became just the second Pakistan bowler after Mohammad Hafeez to concede less than 20 runs in an ODI after 10 overs. Hafeez conceded 15 runs and took two wickets against Bangladesh in 2011, while Nawaz claimed four wickets for 19 runs.

#MohammadNawaz becomes just the second Pakistan bowler after Mohammad Hafeez to concede less than 20 runs in an ODI after 10 overs.

It is pertinent to mention here that Pakistan defeated West Indies by a massive margin of 120 runs following brilliant half-centuries of Babar and Imam before Nawaz shone with the ball with his career-best bowling figures of 4-19.