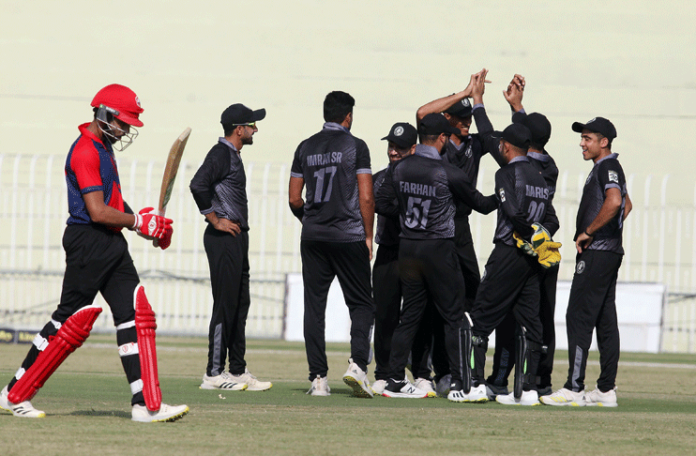 RAWALPINDI: Khyber Pakhtunkhwa (KPK) pacer Imran Khan Snr held his nerves calm to defend 15 runs against Northern in the final over to hand his side a second consecutive victory in the ongoing National T20 Cup 2022.

Set to defend 15 in the penultimate over, Imran had the worst possible start to his over as his first delivery went for a six. The right-arm pacer, however, did not lose the momentum and went on to halt the Northern batters to seal the victory as they fell two runs short of the glory.

Batting first, KP finished at a commendable 159/8 in the allotted 20 overs, thanks to the anchoring half-century from opening batter Sahibzada Farhan.

The right-handed opener top-scored for the side with a magnificent 53 off 45 deliveries, laced with two boundaries and three sixes. His opening partner Mohammad Haris also chipped in up the order with a brilliant 33 off 27.

All-rounder Mohammad Sarwar then scored an important 24 runs down the order and powered KP to finish at 159/8.

For Northern, Usman Shinwari and Slaman Irshad bagged three wickets each, while Aamer Jamal and Mehran Mumtaz struck out a batter each.

Set to chase 160, Northern fell a mere two runs short courtesy of a brilliant final over from Imran Snr and finished at 157/5 in 20 overs.

Opening batter Hassan Nawaz top-scored for the side with an important 38, while skipper Ali Imran scored an anchoring 31 off 27 deliveries, but that too, could not propel Northern to seal the victory.

For KP, Khalid Usman claimed two wickets for 16, while Kamran Ghulam, Arshad Iqbal, and Imran Snr made one scalp each.