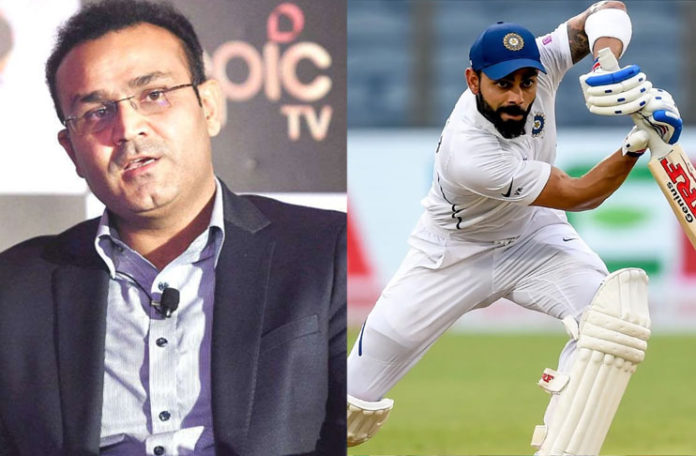 Sehwag, while talking to Sony’s pre-match show Extra Innings, opined on the rough patch of India’s top batter and claimed that he will score big in the final Test against England at Edgbaston.

“Do you remember when was the last time, Kohli scored a century? Even I don’t remember. He would definitely want that he scores big in this Edgbaston Test which is the series decider,” Sehwag stated.

“I think his bad days are over. I think now his better days will come and they have already started. He has scored fifty in both the innings,” Sehwag claimed.

The right-handed batter, however, only scored a fifty in the second innings against Leicestershire as he could only score 33 in the first.

It is pertinent to mention here that Kohli had reached the milestone of 70 international centuries in 2019 and has batted more than 100 innings since then without scoring a century. He scored his last century against Bangladesh.

Meanwhile, India will be touring England to play the previously-postponed fifth and last Test of the series, scheduled to take place from July 1 to 5.