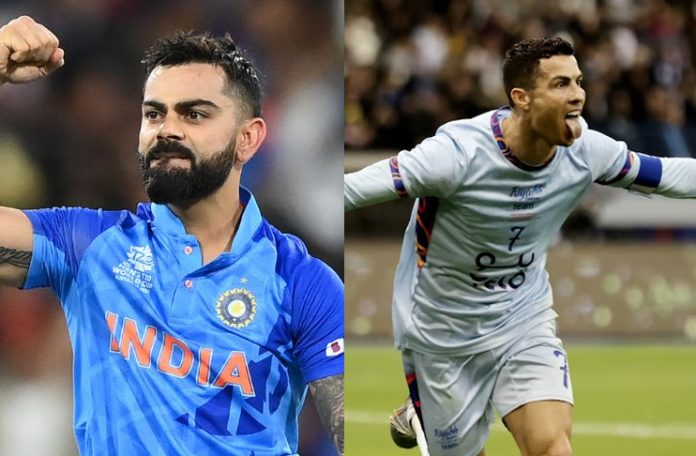 Ronaldo, who was fouled by PSG goalkeeper Keylor Navas’s flailing fist, recovered soon and struck twice in a 4-5 exhibition defeat to the Qatar-owned side, his first appearance since moving to Saudi Arabia’s club Al-Nassr.

His twin strikes, however, went in vain as Messi, Kylian Mbappe, Sergio Ramos, Marquinhos and Hugo Ekitike all struck to seal the deal for PSG.

Notably, Ronaldo was under a lot of criticism following his controversial interview with a British TV channel which led to his former club Manchester United terminating his contract.

The Portuguese forward was then moved to Saudi Arabia’s club Al-Nassr after a whopping amount of more than 400 million dollars.

Meanwhile, Ronaldo’s brilliance in the Friendly inspired India’s star batter Kohli, who shared a picture of the footballer on his Instagram story.

“Still doing it at the highest level at 38. The football experts sitting and criticising him every week for attention are conveniently quiet now that he’s put in this kind of performance against one of the top clubs in the world. And he was apparently finished,” wrote Kohli as he shared Ronaldo’s picture holding the player of the match title.