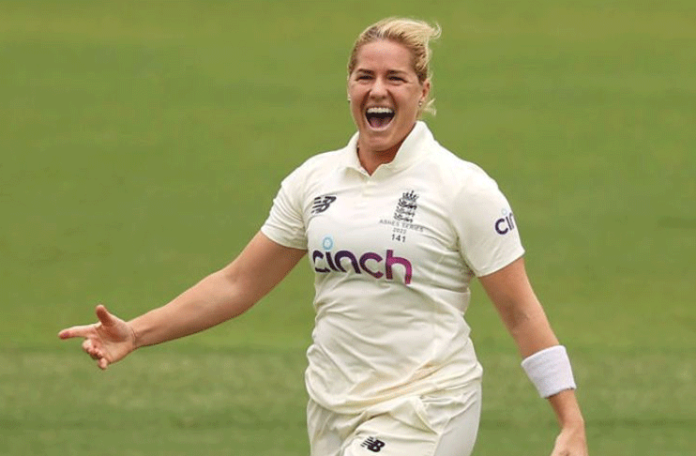 LONDON: England’s right-arm seam bowler Katherine Brunt has decided to bid farewell to her international red-ball career but will carry on playing ODI and T20I cricket.

Brunt, who is England Women’s third-leading wicket-taker in Tests has made the “heartbreaking” decision to retire from the longest format of the game after representing England in 14 matches.

The right-arm pacer made 51 scalps in her prolonged 18-year career and was England’s one of the most consistent strike bowlers; having an average of 21.1 and a strike rate of 51.

Brunt played a major role in England’s historic Ashes triumph in 2005, as the right-arm pacer took nine wickets across two innings and scored a half-century in the third Test in Worcester.

The end of an era.

Our third leading wicket-taker in the format, @kbrunt26 is retiring from Test cricket.

In a statement released by the ECB, the 36-years-old claimed that Test cricket is her passion while she made a smart decision rather than an emotional one as it will help her to prioritize her white-ball career.

“Test cricket is my absolute passion and to retire from this format was truly a heartbreaking choice to make, but it allows me to prioritise white-ball cricket,” Brunt said.

“But over the past two years thoughts of retirement have surfaced more and more, so I’ve decided to make a smart decision rather than an emotional one,” she concluded.