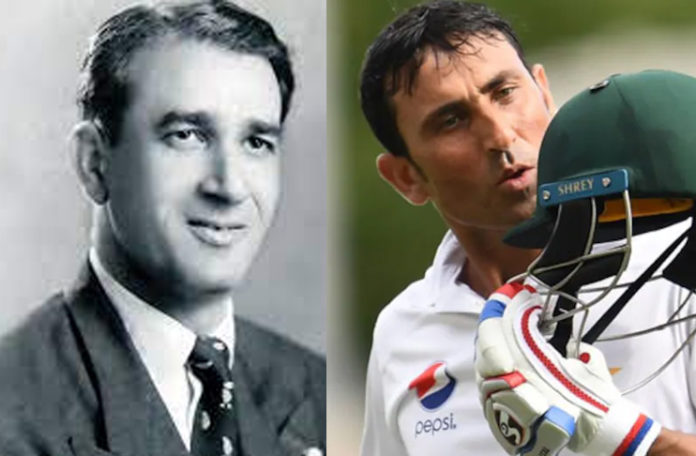 LAHORE: Pakistan Cricket Board (PCB) announced the induction of the national team’s first Test captain Abdul Hafeez Kardar and the country’s most successful Test batter and 2009 T20 World Cup-winning captain Younis Khan into the Hall of Fame on Sunday.

On the 70th anniversary of our inaugural Test, we are delighted to announce the induction of 🇵🇰 first captain AH Kardar and country’s most successful Test batter & #T20WorldCup winning captain Younis Khan in the #PCBHallofFame.

Chairman Ramiz Raja said that the PCB Hall of Fame was designed to acknowledge, recognise and cherish the sacrifices, contributions and achievements of the role models in our sport.

“It is befitting that in our diamond jubilee celebrations, we induct two stalwarts from two completely different generations and eras of our proud cricket history,” he said.

“AH Kardar gave us a cricket dream, vision and mission in our formation years, and Younis Khan was one of the players who gave his absolute best in fulfilling those expectations through exemplary hard work, deep commitment and untiring performances against all opposition and across all formats,” he added.

Rejoicing the proud moment for the Kardar family,  Shahid Kardar, son of late AH Kardar said: “This is a richly deserved tribute to a natural Skipper whose inspirational leadership, imprint of character, tactical brilliance and sheer grit put Pakistan on the world cricket map by evolving a bunch of club level cricketers into a team that achieved laurels beyond its perceived potential. He lit the flame that set the country ablaze, converting just another pastime sport into a rage.”

“The Kardar family is profoundly touched and gratified at the recognition of the contributions of their patriarch with his inclusion in the Hall of Fame by the Pakistan Cricket Board.”

Younis Khan was honoured immediately after becoming eligible as the PCB Hall of Fame regulations demand a player to have played his last international match at least five years prior. Younis’ last international match was in Dominica in May 2017 – the Test which Pakistan won with six balls remaining to clinch their maiden series win in the Caribbean.

“I feel honoured and humbled to have been inducted into the PCB Hall of Fame by the Pakistan Cricket Board. There are many notable names amongst the list inducted prior to me, whose performances have been outstanding. I, thus, feel it a matter of immense pride and honour for my name to be amongst those legends, having given my all to make my country proud,” said Younis.