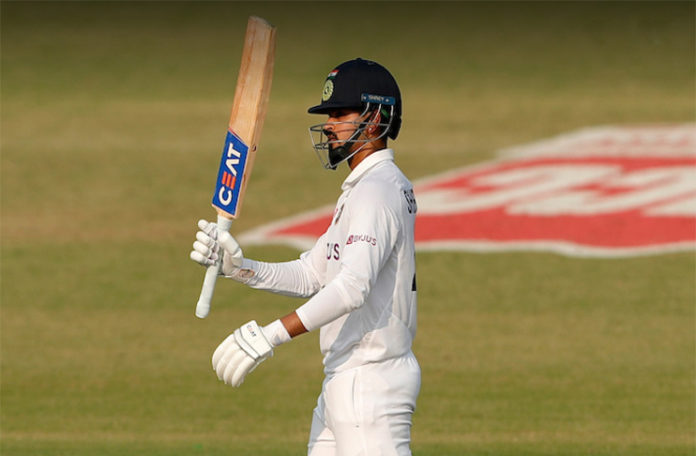 KANPUR: Kiwi openers put on an unbeaten 100-runs partnership at stumps of day two, kept the game in balance.

Earlier in the day, India resumed their innings from 258/4, left-handed all-rounder – Ravindra Jadeja and the debutant – Shreyas Iyer started the proceedings for them on day two. Jadeja perished early but Iyer stood firm, played a brilliant knock to score century on debut and became only the 16th Indian batter to achieve this feat.

Ashwin also played a wonderful innings and scored 38 useful runs for the team. Soon after Ashwin got castled by Ajaz Patel, Indian batting tail was not able to resist much in front of the Kiwi bowlers and India got bowled out for a decent total of 345.

Tim Southee was the stand-out bowler for the Kiwis as the bowler bags a five–for. Kyle Jamieson took three wickets and Ajaz Patel took two wickets.