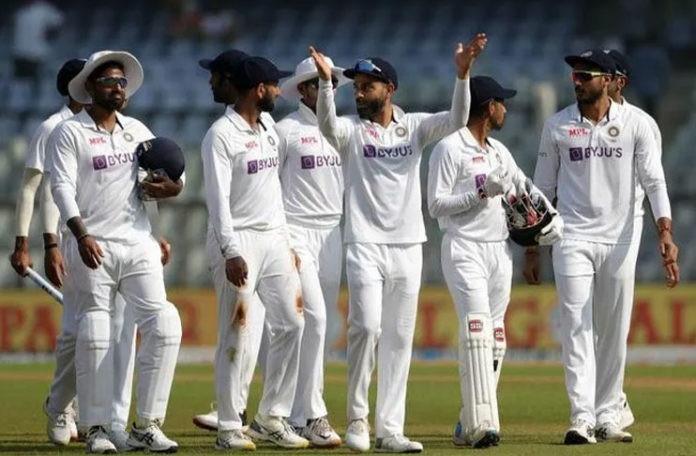 DUBAI: India have been slipped below Pakistan in the World Test Championship standings after being docked two points by the International Cricket Council (ICC) for slow over-rate in the rescheduled fifth Test against England.

India, which lost the final Test in a frustrating manner despite setting a commendable 378-run target, have found themselves in another unpleasant situation as the touring side have been slipped to the fourth position in the latest WTC standings following the penalization of two points.

Following India’s slump, Pakistan have acquired the third spot in the standings edging past the former by a thin margin. After the penalty, India have 75 points (point percentage of 52.08) just below Pakistan (52.38%).

The ICC has further announced to fine the touring players with 40 percent of their match fees for the offence.

According to Article 16.11.2 of the ICC World Test Championship playing conditions, a side is penalized one point for each over short. Resultantly, England lost two points from their total tally.

Meanwhile, Pakistan have an opportunity to further strengthen their hold on the third spot as the Green Shirts are due to tour Sri Lanka to contest in a two-match Test series, later this month.