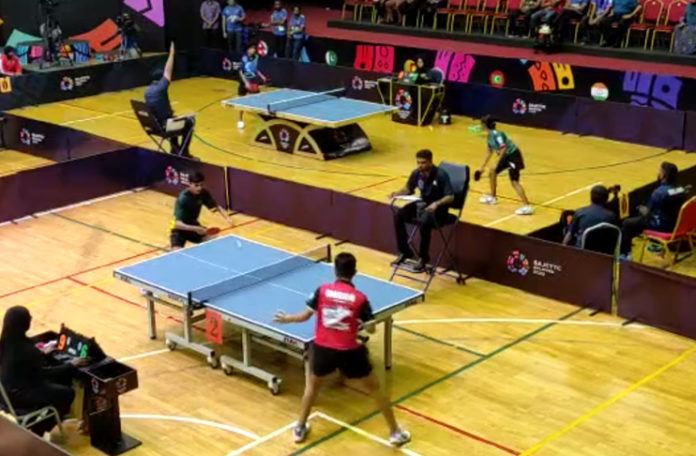 MALE: Pakistan Under-15 boys’ table tennis team has lost against the arch-rivals India in the final of the ongoing South Asian Junior Cadet Table Tennis Championship 2022, here on Tuesday.

Pakistan U-15 boys team comprises Muhammad Ahmad and Abbas Amjad, suffered a thumping defeat in the final from the arch-rivals India by the scores of 3-0.

The green shirts, who avenged Bangladesh in the semi-final, could not carry the momentum in the final as India U-15 boys crushed the team in a one-sided affair.

On the other hand, the Pakistan U-19 girls’ team is set to face the team of arch-rivals India in the semi-finals. The green shirts had been in the splendid form before making their way to the final four.

It is worth mentioning here that the players participating in the event were initially directed by Pakistan Table Tennis Federation (PTTF) to arrange their tickets by themselves since the PTTF could not get the funds from Pakistan Sports Board (PSB).

The players, however, then got private sponsorships from different organizations, which allowed them to compete in the Championship.