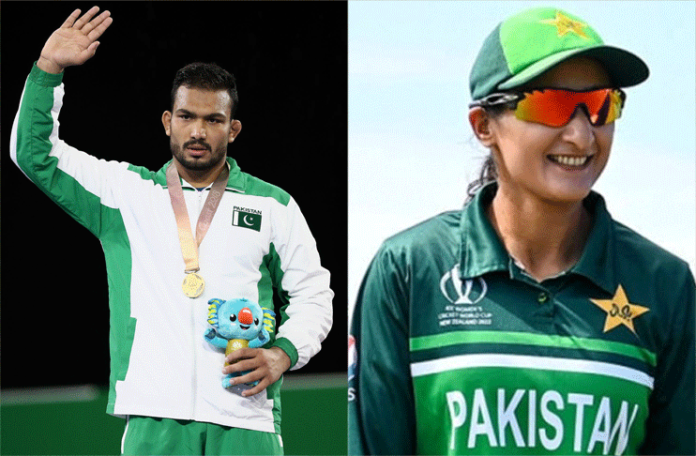 BIRMINGHAM: National wrestler Inam Butt and the captain of the women’s cricket team Bismah Maroof will be bearing the Pakistan flag at the opening ceremony of the upcoming Commonwealth Games 2022.

In a statement, released by the Pakistan Olympic Association (POA), the Secretary General Lt Gen (R) Syed Arif Hasan nominated Inam and Bismah as the flag-bearers for Pakistan contingent in the Commonwealth Games 2022.

Inam, who has claimed various medals in Commonwealth Games and also bagged a gold for Pakistan in the World Beach Games and as a result, has been nominated as one of the flag-bearers for the country.

Bismah, on the other hand, will be participating in her first Commonwealth Games. However, her services to the game of cricket in Pakistan has saw her earning the opportunity to lead Pakistan contingent in the global event.

Bismah’s daughter Fatima, who rose to fame during this year’s ICC Women’s World Cup will be accompanying her mother in the global event.

“Commonwealth Games Federation has kindly arranged her facilities to not only play but to look after her daughter, Fatima, during the Games. We cherish her athletic spirit, professionalism and motherhood with utmost respect and pride,” POA confirmed.

It is pertinent to mention here that 22nd Commonwealth Games will take place here from July 28 to August 8.