Home Cricket ‘It is important for us to have solid players in middle-order’ Mushtaq...
Facebook
Twitter
WhatsApp
Email
Telegram 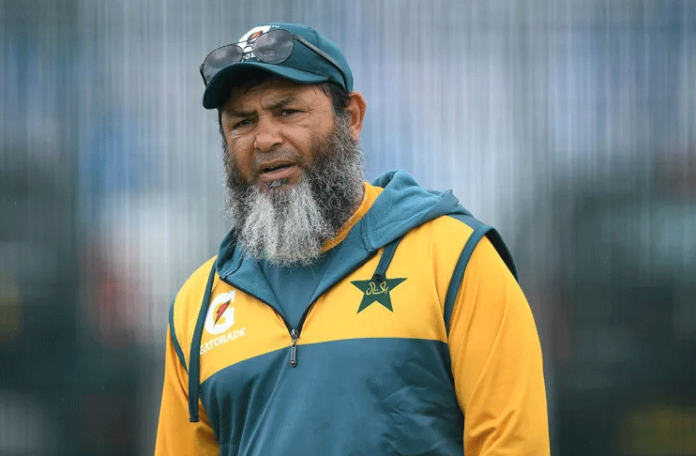 MANCHESTER: The spin bowling coach of the Pakistan National Men’s Cricket Team – Mushtaq Ahmed reviewed his team’s triumph against the West Indies in the first ODI and stressed the importance of a solid middle-order.

Mushtaq, in an exclusive interview with this reporter here, highlighted the issue of an unstable middle-order while claiming that we often misunderstood the role of the middle-order batters, claiming it is the position for hitting sixes.

“It is important for us to have solid batters in the middle-order. I think we have misunderstood the concept of the middle-order numerous times, which is in fact the position for hitting sixes,” Mushtaq stated.

“The fourth, fifth, and sixth number batting order is very important for a team. The openers laid the foundation of the match and the middle-order batters finish the game. I think the team should focus on this technically and the batters recruited in the middle-order must be solid,” he maintained.

The former cricketer also applauded the heroic knock of the left-handed batter Khushdil Shah and termed him the match-winner, whose unbeaten knock of 41 led the Green Shirts to victory after the skipper Babar Azam laid the foundation with a magnificent century.

“The way Khushdil played was simply outstanding. He is a match-winner. The energy level of the players does not remain the same in such hot weather. But the credit goes to Babar, his team, and the management for this incredible victory,” Mushtaq said.

The legendary spinner further highlighted the importance of consistent chances by claiming it motivates the player to perform to their fullest.

“The most important thing to focus on is the continuity and I think the board is already working on it,” Mushtaq claimed.

“This continuity helps in building the confidence of the players and they feel motivated to perform well in any given situation,” he concluded.