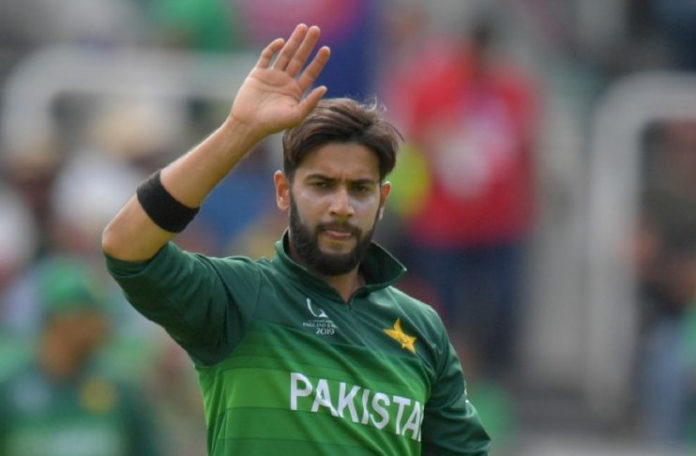 KARACHI: Pakistan all-rounder, Imad Wasim lashed out at the selectors of the national men’s team and stated that they should tell him if they don’t like his face.

Speaking to Pak Passion.net, Imad, who last represented Pakistan in an international match in November 2021, expressed his disappointment at not being picked for the national side, while also holding the selectors accountable for the justification for his exclusion from the international setup.

“I am very disappointed by this and my feelings on this stem from the fact that I have performed so well for Pakistan and have not been picked for the team for a while now,” Imad told Pak Passion.net.

“Well if they don’t like my face, they should be brave enough to say it and I will be fine with that! Seriously though, not selecting someone for the Pakistan team because of personal dislike is not only unfair to the player and his career but it’s also a disservice to our country as it’s being deprived of the services of a good player. Such actions will eventually cost the country dearly and I urge the selectors to not think of personal likes and dislikes for players when selecting squads,” he added.

The 33-year-old all-rounder, Imad, then sought justification from the chief selector of the national men’s team Mohammad Wasim and asked him to explain what the latter exactly means by performances which are below par.

“It’s for him [Wasim] to explain exactly what he means by performances which are below par. Are these recent matches he is referring to? Or is he speaking about the past where my performances have not been up to the mark? My performances are out there for all to see whether they are in the domestic One-Day Cup or in the Pakistan Super League,” Imad said.

“I was an integral part of the team and did not perform badly and that must count for something. Previous to that, I was part of the Pakistan side where I performed well and in which we went all the way through to the Semi-Final stage of the T20 World Cup in the UAE. Anyone who makes claims like these needs to back them with facts and it’s really up to Mohammad Wasim to explain his reasoning with examples,” he added.

Imad continued by offering his opinion on chief selector Wasim’s claims that the latter’s fitness was subpar while asserting that the players with worse fitness than him got selected.

“I don’t have an issue with this statement from the Chief Selector as long as there is a specific fitness criteria which is being followed consistently for selection purposes. But what we see are players with worse fitness than me being selected which tells me that questions about my fitness are just talk,” Imad shared.

“Everyone knows what’s happening here and it seems that all these issues such as fitness have been put out there to provide some sort of justification to keep me out of the side. If they do have a proper answer to what I am saying, then I would love to hear that, and they can speak to me about it,” he maintained.

It is pertinent to mention here that Imad represented Pakistan in 113 matches since making his debut for the Green Shirts in 2015. The all-rounder, however, last donned the Pakistani jersey in the ICC T20 World Cup 2021 semi-final clash against Australia.