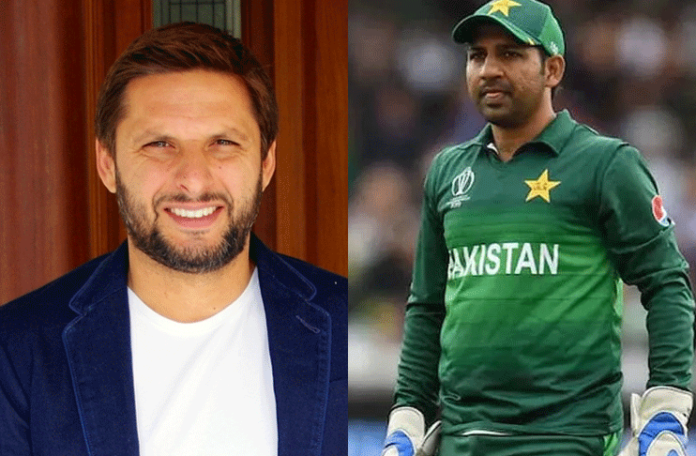 KARACHI: Former Pakistan captain and the star all-rounder Shahid Afridi has backed the 2017 Champions Trophy winning captain Sarfaraz Ahmed to be given the chance if his counterpart Mohammad Rizwan gets rested for the upcoming home series against West Indies.

While speaking on a local news show about Pakistan’s upcoming home series against a depleted West Indian side, Afridi claimed that Sarfaraz deserves a chance if Rizwan is rested.

In response to a question from the hosts about Rizwan’s workload and the opportunity for Pakistan to test their bench strength, Afridi endorsed former captain Sarfaraz and called him the second-best viable alternative.

“Sarfaraz should be given a chance if the selection committee selects him for the series. If Rizwan is rested and Sarfaraz is in the squad then I believe Sarfaraz deserves to play,” Afridi said.

“Sarfaraz is the second-best choice in my opinion, and if he is a member of the squad, he should be given the opportunity first. I believe we should treat a player with this level of respect,” he added.

Afridi also opined about the possibility of young wicket-keeper batter Mohammad Haris making his ODI debut and being the second wicket-keeping option for Pakistan after Rizwan by saying “It is too early for Haris.”

“Why are we in such a hurry for Haris? Let him play,” Afridi concluded.