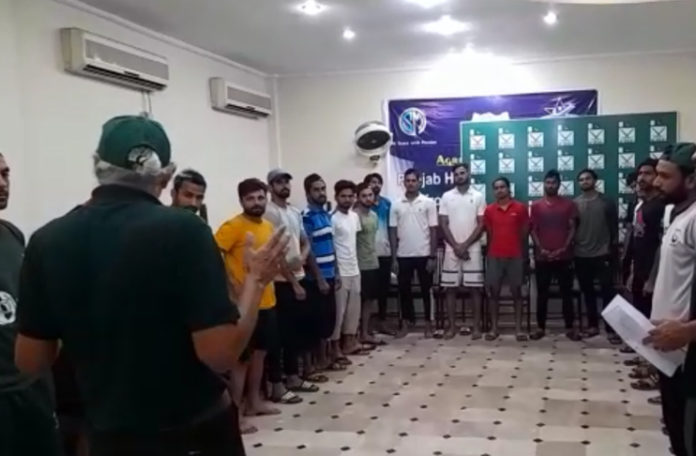 LAHORE: National hockey team undertook mental fitness sessions and engaged in various drills under the guidance of a professional psychologist ahead of the Commonwealth Games scheduled later this month.

According to the details, the Pakistan Hockey Federation (PHF) hired the services of psychologist Maqbool Babri for the players’ mental strength training prior to their upcoming task.

During the session, Babri carried out special drills for the mental strength of the national team and delivered a productive lecture sharing useful tips with the players for keeping their nerves strong under pressure.

Moreover, the national hockey team will depart on July 24 to participate in the Commonwealth Games’ hockey event commencing on July 29.

The Green Shirts will start their Commonwealth campaign against South Africa on July 30 and will lock horns with New Zealand on July 31.