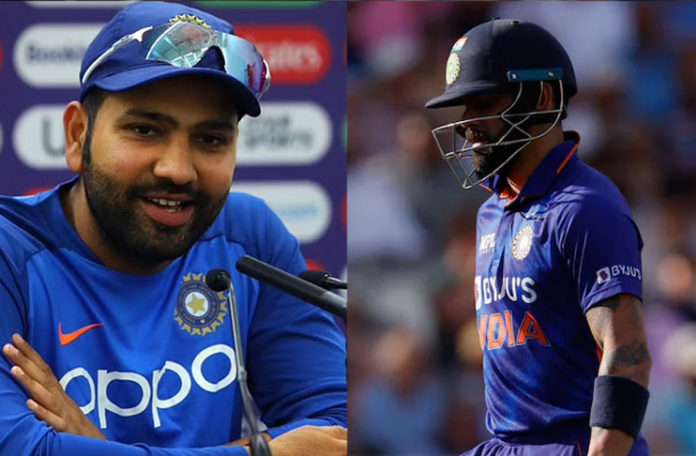 LONDON: Indian captain Rohit Sharma has reiterated his faith in the out-of-form Virat Kohli and stated that he does not require any reassurances after the star batter failed to break out of his slump.

Kohli has been enduring a rough patch with the bat and remains unable to bring up his 71st ton since his last century against Bangladesh in 2019. His recent dismal performances during India’s tour of England have sparked many concerns about his place in the Indian team.

The right-handed batter once again failed to impress in the second ODI at Lord’s as he was dismissed for a mere 16 runs while India lost the match by 100 runs.

At the post-match media briefing, Rohit was asked by a reporter if Kohli needed reassurances from the captain or the management during his ongoing rough patch with the bat. The Indian captain replied in negation.

“He [Kohli] has played so many matches. He is playing for so many years. He is such a great batsman, so he does not need reassurance.” he said.

Rohit expressed his hope that a solid performance by Kohli in an inning or two would help in regaining his form while praising the star batter’s glorious run in the past.

“Form goes up and down, that is part and parcel of any cricketer’s career. So, a player like him, who has played for so many years, who has made so many runs, who has won so many matches, for him, he only needs one or two good innings (to bounce back). That is my thinking and I am sure all those who follow cricket will think similarly,” he maintained.

“We have seen performances of every player go up and down, but the quality of the player never gets worse. That we all should keep in mind. That is very important. He has made so many runs, check his average, how many hundreds he has made, he has (vast) experience of doing that. There is a slump in every player’s life. Even in the personal life, it comes,” he concluded.