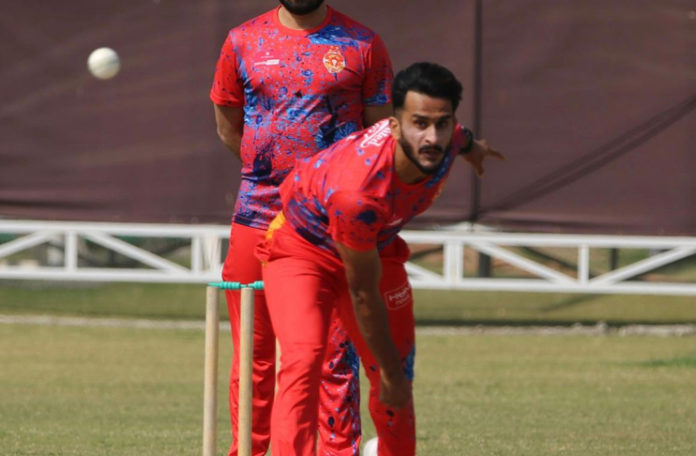 LAHORE: Hasan Ali sustained an injury at the eleventh hour and Islamabad United has to replace him with Marchant de Lange with the permission of Lahore Qalandars for today’s 27th contest in Pakistan Super League (PSL) season 7.

PSL 7’s management, as per rule 1.2.1 of the playing conditions which says that both captains must agree to player’s replacement is such a condition, gave permission to United to go with Lange as Hasan’s replacement.

The two-time PSL champions have taken to Twitter to thank the Qalandars’ skipper Shaheen Shah Afridi for his cooperation.

READ: Wasim clarifies his conversation with Babar after Twitter backlash