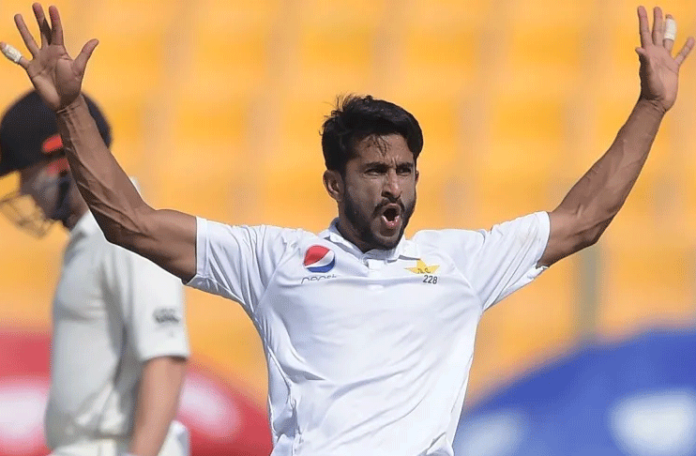 LANCASHIRE: Pakistan’s pacer – Hasan Ali has been signed by Lancashire Cricket for the upcoming 2022 County Championship.

Taking to Twitter, Lancashire announced the signing with the enterprising fast bowler.

Lancashire Cricket have completed the overseas signing of Pakistan international seamer, @RealHa55an for our first six matches of the @CountyChamp. ✍️ 🇵🇰

According to the county club, Hasan will be available for at least the first two months of the season. The right-arm pacer is expected to make his English County debut against Kent at Canterbury on 14 April. He will be available until after Lancashire’s match against Essex which starts on 19 May at Emirates Old Trafford.

In a statement released by Lancashire, Hasan said he is excited to play county cricket for the first time in his career.

“I am very excited at the prospect of playing county cricket in England for the first time in my career,” he said.

“Emirates Old Trafford is a stadium which holds special memories for me, after making my T20 International debut against England there in 2016,” he added.

The 27-years-old pacer also shared his excitement for following the footsteps of the Pakistan great fast-bowler Wasim Akram.

“I am very proud to follow in the footsteps of Wasim Akram, a Pakistan legend, who always talks so highly of his time with Lancashire. I can’t wait to join up with the squad in April and I hope to make a significant contribution in the games that I play,” he concluded.

It is worth mentioning here that Hasan has picked 72 wickets at an average of 21 in Test matches and an overall First-Class tally of 244 wickets at 23.