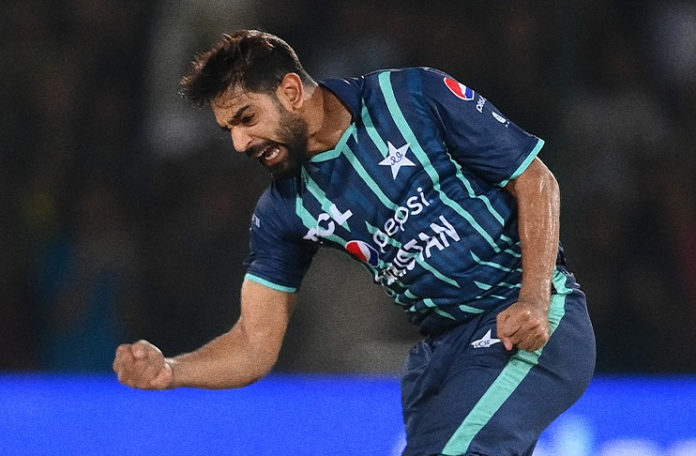 CHRISTCHURCH: Pakistan pacer Haris Rauf has added another jewel to his crown while making the 50th T20I appearance for the Green Shirts during the tri-series final against New Zealand, here on Friday.

Pakistan gained a major confidence booster ahead of the ICC men’s T20 World Cup as they seal the T20I three-nation series against New Zealand and Bangladesh after defeating the hosts by five wickets in the final.

Haris was representing Pakistan for the 50th time in the shortest format and remained sensational with the ball as he bagged two crucial wickets and offered mere 22 runs to keep the Kiwi batters at bay.

The astounding performance by Haris, not just played a key role in the national team’s victory but also moved him into the top three on the elite list of T20I bowlers for Pakistan.

Harris became the third-highest wicket-taker for Pakistan after 50 matches, with Umar Gul and Saeed Ajmal ahead of him.

Haris Rauf has been excellent for Pakistan in T20Is 🇵🇰 pic.twitter.com/slCoN3mu26

Haris has delivered a few match-winning performances for the team over the last couple of months and has established himself as a death bowling specialist. The express fast bowler has been consistent with his line and length while hitting 150kph regularly. He picked 23 wickets in 16 matches with an economy rate of 7.85 during this year.

READ: Maradona’s ‘Hand of God’ ball to go up for auction