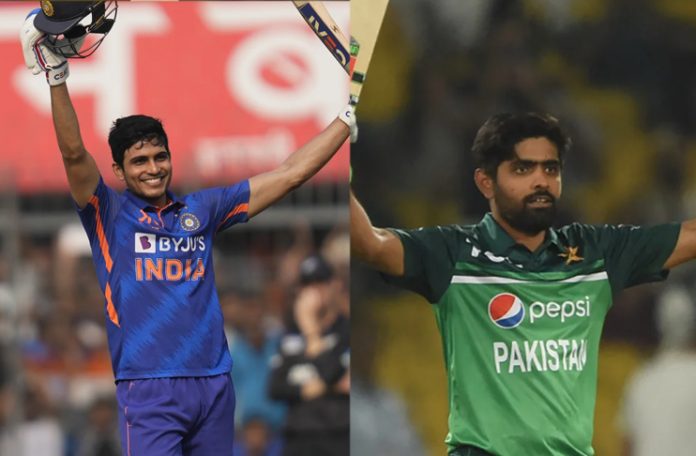 Continuing his sublime form in 50-over cricket, Gill notched up his fourth ODI hundred during the third match of the ODI series against the Kiwis.

A double-ton in the first ODI and a blistering knock of 78-ball 121 today helped Gill to equal Babar Azam’s feat of the most number of runs in a three-match bilateral series.

Babar registered this record in 2016 when he smashed 360 runs against West Indies in UAE. Gill has now tied with Babar on runs in a three-game series. Meanwhile, he went past Kohli’s record of 283 runs- the most by an Indian in a 3-match series

In the final ODI at Indore, Gill stitched an impressive 212-run stand with skipper Rohit Sharma, who ended his century drought and raised 101 from 85 balls, aiding India to post a mammoth 386-run target.

READ: Babar, Kohli become only players to feature in all formats of ICC Team of the Year