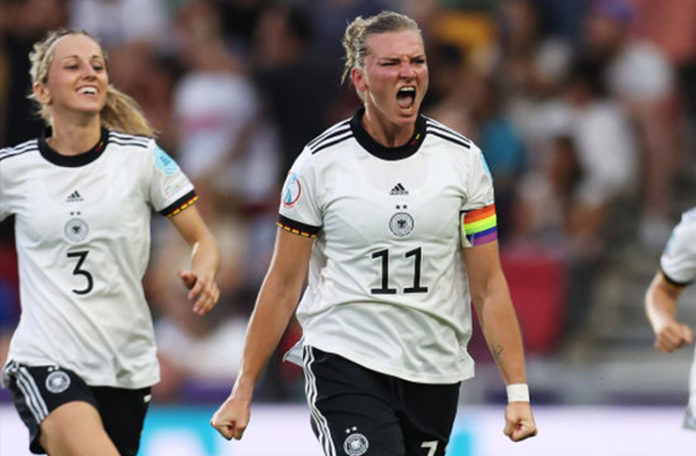 LONDON: Germany Women’s Football team have booked their spot in the quarter-final round of Euro 2022 and topped Group B after they defeated Spain 2-0, here at Brentford Community Stadium on Tuesday.

Klara Buhl and Alexandra Popp scored in the first half to put the German side in a dominating position as Spain failed to rebound in the game after the initial blows.

Buhl scored the opening goal just three minutes into the game after she gained possession of the ball following a poor clearance from Spain goalkeeper Sandra Panos.

Popp doubled the lead for her side in the 36th minute after she expertly nodded the ball into the nets.

Spain will now be facing Denmark on Saturday in order to secure a spot in the quarter-finals as the winner of the game will be playing England in Brighton on Wednesday.

Meanwhile, Germany will play Finland on Saturday in their final group stage game before facing the runner-ups of Group A in the quarter-final on Thursday.