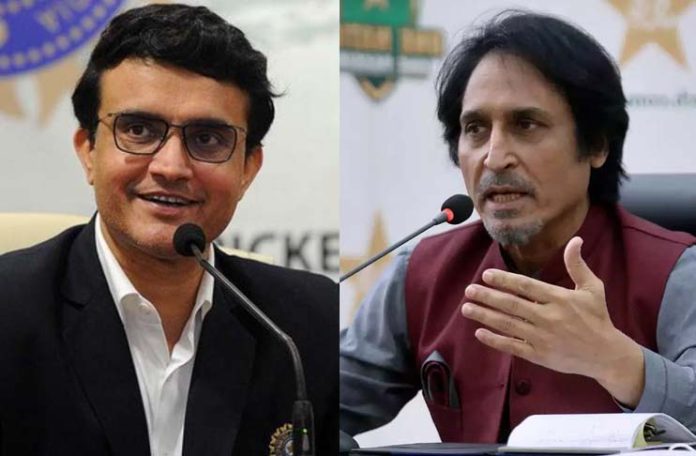 LAHORE: The Pakistan Cricket Board (PCB) Chairman Ramiz Raja claimed that his Board of Control for Cricket in India (BCCI) counterpart Sourav Ganguly invited him twice to watch the final of the Indian Premier League (IPL).

The PCB Chairman Ramiz during a press conference here at Gaddafi Stadium, commented on the cricketing ties between India and Pakistan while at the same time revealed that his Indian counterpart Ganguly invited him to watch their marquee league’s final twice.

“But, I decided not to go due to the emotional link of our fans and political scenario. In terms of cricket, it did make sense for me to go but it will take time for things to change,” he maintained.

It is pertinent to mention here that Pakistani players are not allowed to participate in the Indian league since its second edition. The national players were only part of the inaugural edition of the Indian marquee league.

READ: ‘If it was inevitable, it must have happened by now’ Ramiz on his sacking