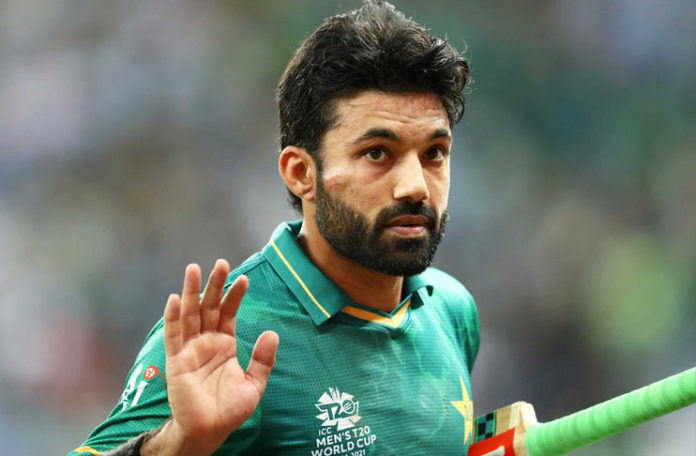 Pakistan team’s medical representative confirmed it while talking to the media after Pakistan lost to Australia by five wickets.

“Rizwan suffered a severe chest infection and was admitted to hospital for treatment. He spent two nights in the ICU before playing today’s match,” the medical representative shared.

Soon after the statement, a picture of Rizwan from the ICU went viral on social media. The picture managed to gain massive attention and people paid tribute to the cricketer for showing great courage.

Can you imagine this guy played for his country today & gave his best.
He was in the hospital last two days.
Massive respect @iMRizwanPak .
Hero. pic.twitter.com/kdpYukcm5I

A great example of courage, determination and resilience. Might not have ended up on the winning side, but Mohd. Rizwan’s grit and fight after being in ICU for two days, truly inspiring. Sport is a great teacher and there is so much to learn from everyone. pic.twitter.com/O2PatLEuWJ

What heroes are made of. #Rizwan pic.twitter.com/RMmEmMzuT8

That’s the spirit.
This is symbolic of the emerging ‘Brand Pakistan’.
And my friends it is the new Pakistan. pic.twitter.com/ran3i1fHe4

Rizwan wasn’t just sick, he was admitted in the ICU. The management decided not to disclose this information, not to create panic. Rizwan’s face even got injured today, but he STOOD like a LION. Don’t you DARE criticise this team. The whole world RESPECTS you! ❤️🇵🇰
#PAKvAUS pic.twitter.com/xKwig5rm85

Rizwan was in the ICU for 2 days coz of a severe chest infection according to doctor of Pak ream. More respect to you.wat a fighter

Rizwan had a chest infection and spent two nights in ICU 😔

Cant get over the fact that Mohammad Rizwan was in ICU 24-48hours before the game. And still provided us with a strong innings.

It must be noted here that Rizwan got swelling in his right cheek after being hit by Mitchell Starc’s bouncer during his fighting knock.