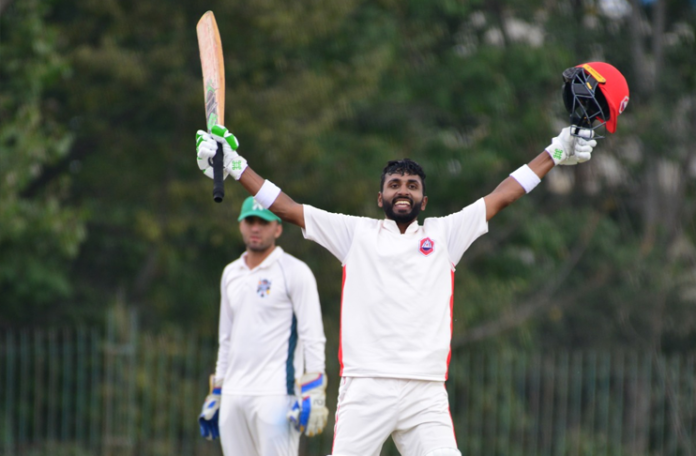 ABBOTTABAD: Right-handed batter Faizan Riaz scored an unbeaten double-century to put Northern in a commanding position in the third-round fixture of the Quaid-e-Azam Trophy (QEAT) against Balochistan.

Resuming his overnight century with Northern at 347/3, Faizan continued his domination over Balochistan bowlers and converted into a magnificent double century.

Faizan’s brilliant knock during which he faced 216 balls and hit 27 fours and a six, lifted Northerns to declare at 520/8.

Balochistan found themselves in trouble as they were tottering at the end of the second day at 108/4 with Haris Sohail (26) and Hussain Hussain (9) at the crease.

Captain Asad Shafiq put on a great fight as he scored 53 before becoming one of the two victims of Kashif Ali (2/35).

On the second day, majorly dominated by Northern, Balochistan had something to cheer as their bowler Taj Wali completed the 19th five-wicket haul of his career.

In another second-round fixture, Southern Punjab (SP) pacer Mohammad Ilyas decimated the Sindh’s batting lineup for a paltry 181 In response to the SP’s first innings total of 278.

The right-arm pacer finished with figures of 15-5-50-5, while Ahmed Bashir claimed three and Mohammad Abbas two to further add to the opposition’s misery.

SP now lead Sindh by 174 runs with seven second innings wickets intact as they finished 77/3 at the conclusion of the second day.

Meanwhile at Iqbal Stadium, Faisalabad, an early afternoon rain halted a majority of the action of the second-round fixture between Khyber Pakhtunkhwa (KP) and Central Punjab (CP).

CP resumed their first innings at 24/0 in response to KP’s 220 and were 173/4 when rain forced an early closure to the day’s play.

KP’s Khalid Usman remained the top pick among their bowlers as he finished with figures of 3/52.