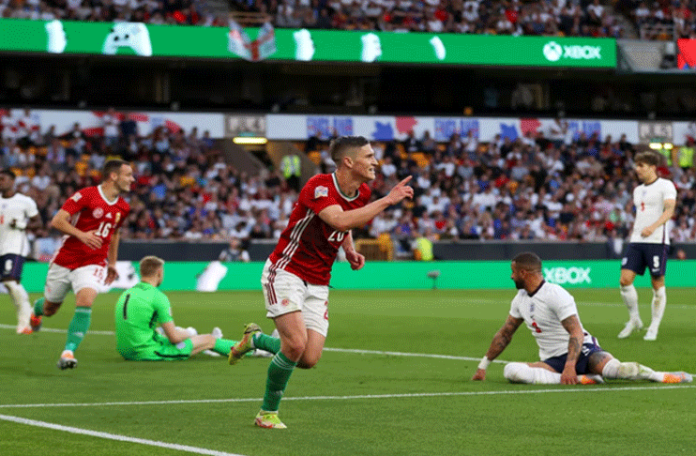 WOLVERHAMPTON: England suffered their worst home defeat since 1928 with a 4-0 loss to Hungary in a Group A3 encounter of the UEFA Nations League, here at Molineux Stadium on Tuesday.

The defeat put England at risk of being relegated to the second tier from League A of the Nations League.

The 25-year-old midfielder Sallai opened the scoring for Hungary inside the first 20 minutes.

England crumbled in the second half as Sallai added a second goal before Zsolt Nagy netted the third in the 80th minute. Daniel Gazdag scored a minute before the final time to widen the margin of lead for his side.

With two points from four games and no victory, England sits at the bottom of group three of League A of Nations League. This includes a 1-0 loss to Hungary in the earlier encounter this month.

The group winners go to the Nations League finals next June while the bottom team will be relegated to the less glamorous League B.