LAHORE: Mohammad Rizwan had fun on the field while trying a new way of recreational sport ‘Bowling’ and his fans are enjoying every bit of it.

In a viral video on the internet, Rizwan tried Bowling between the wickets on a pitch. And, the wicket-keeper batsman successfully pinned the ball and celebrated. 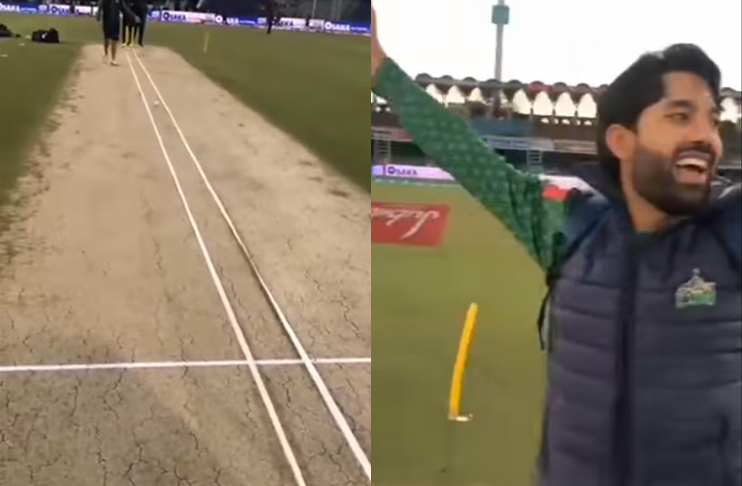 The happy skipper of Multan Sultans has led his team to nine victories in 10 matches of the group stage in Pakistan Super League (PSL) season 7. His team becomes the first-ever to win nine round matches in a single season.

Sultans are currently at top of the points table with 18 points. They will most probably face second-spot Lahore Qalandars in PSL 7 Qualifier on February 23.

READ: Rizwan stands out for Sultans as they beat United by six wickets