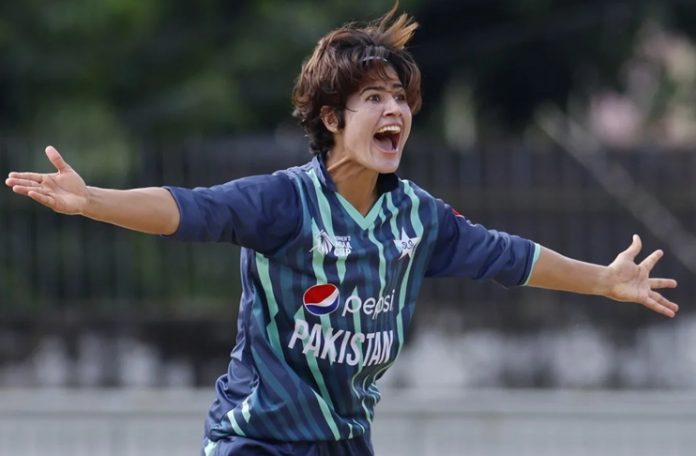 SYDNEY: Pakistan’s pacer Diana Baig has been ruled out of the upcoming ICC Women’s T20 World Cup 2023 and the T20I series against Australia due to an injury to her right hand.

Earlier, Diana sustained the injury in the seventh over of Australia’s innings as she made a desperate attempt to wobble a catch off her own bowling.

Australia’s Phoebe Litchfield came down the track and drove hard, hitting it back to Diana at knee height and it burst through the latter’s hands.

Despite sustaining the injury, Diana completed her spell of 10 overs and picked up two wickets for 56 runs.

She was then taken to a local hospital here where X-Rays confirmed the pacer to have fractured her right hand’s finger.

Following this, Diana has been ruled out of the three-match T20I series against Australia – scheduled from January 24 to 29 – and also the upcoming mega event in South Africa.

Consequently, right-handed batter Sadaf Shams, who was a part of the team’s travelling reserves for the Australia Tour and T20 World Cup, has replaced Diana in the squad.

It is pertinent to mention that Beth Mooney’s magnificent century powered Australia to thump Pakistan by 101 runs and complete clean sweep in the three-match ODI series on Saturday.