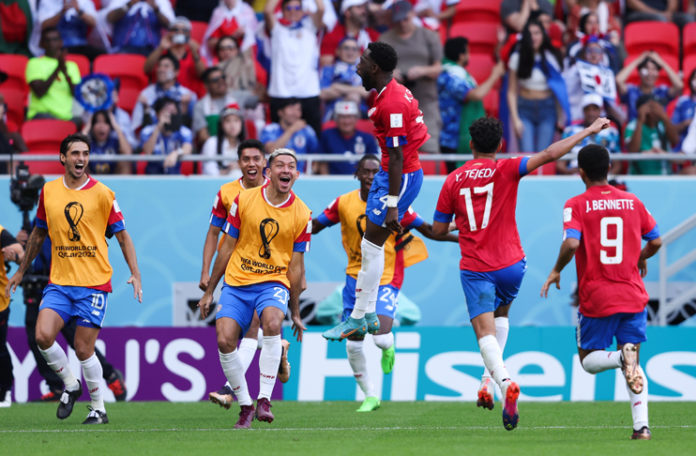 AL-RAYYAN: Costa Rica recovered from a hammering 0-7 defeat against Spain to edge Japan 1-0 in their second group match to stay alive in the Round of 16 qualification race of the ongoing FIFA World Cup 2022.

Costa Rica stunned momentum-filled Japan 1-0 to leave Group E wide open and handed a potential lifeline to former champions Germany, who endured a shock loss from the Asian side in their opening game.

Japan, however, missed out on a vital opportunity to take a giant stride towards the Round of 16 with a victory.

Costa Rica, fresh from their hammering 0-7 defeat against tournament favourites Spain, rebounded as they dominated Japan for the majority of the match.

The domination soon turned into a late lead when defender Keysher Fuller received the ball on the brink of the box and then calmly curled it into the back of the net in the 81st minute to steer his side to a vital three points.

Following Costa Rica’s triumph, they have now drawn level with Spain and Japan and settled at the third spot in the group standings.

Meanwhile, 2014 champions Germany, who are at the bottom following Japan’s upset, next face Spain in a crucial Group E encounter later today.