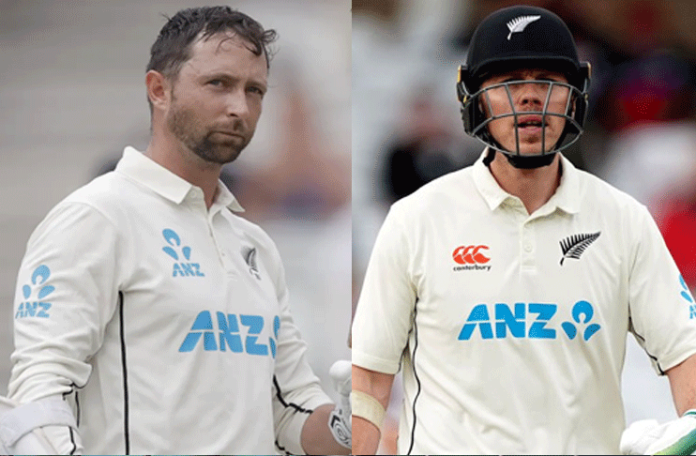 LONDON: New Zealand left-handed batter Devon Conway and all-rounder Michael Bracewell along with two support staff members have tested positive for Covid-19 and went into five days of isolation ahead of the third Test against England next week at Headingley.

Bracewell underwent the Rapid Antigen Test (RAT) as he faced symptoms a day after the conclusion of the second Test at Nottingham.

An update from camp the morning after the second Test against England in Nottingham. #ENGvNZ

The rest of the touring party went through another round of testing upon their arrival in London with Conway also testing positive for Covid before going into isolation, confirmed New Zealand Cricket on Twitter.

An update from camp as the team arrives in London 🏏 #ENGvNZhttps://t.co/5bhcdc11TF

Meanwhile, New Zealand skipper Kane Williamson, who had earlier tested positive, has rejoined the team after serving a five-day period of isolation.

Bracewell made his debut at the Trent Bridge Test after Williamson was tested positive for Covid.