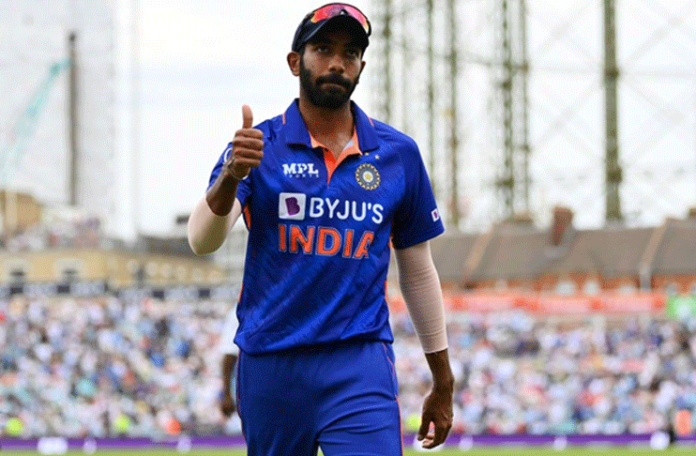 LONDON: Jasprit Bumrah stormed through the top order as India thrashed England by 10 wickets in the first One-Day International at Oval on Tuesday.

Fast bowler Bumrah shone with his career-best figures of 6-19 as England were bowled out on 110 in just 25.2 overs after Indian skipper Rohit Sharma put the hosts to bat first.

Indian captain then starred with the bat and scored an unbeaten 76 runs, combined excellently by Shikhar Dhawan with 32 not-out as the tourists chased the paltry target in 18.4 overs.

England underwent one of the worst starts to their batting as Bumrah sparked the hosts’ collapse in his first over removing Jason Roy and Joe Root on a duck.

Test skipper Ben Stokes followed suit and went for a golden duck in the next over by pacer Mohammed Shami.

England’s red-ball hero Jonny Bairstow fell cheaply on 7 as Bumrah sent him back to the pavilion in a caught-behind wicket in the 6th over.

Liam Livingstone became the fourth batter of the top six to get out on a duck as Bumrah bowled him out in the 8th over reducing the hosts to hosts to 26-5.

After the initial collapse, England lower order failed to impress as well despite remaining successful in avoiding the embarrassing record of the team’s lowest ODI total of 86 all out against Australia at Old Trafford in 2001.

England skipper Jos Buttler remained the top scorer for his team with his 30 off 32 balls, laced with six boundaries.

After the victory in the first game, India now have a 1-0 lead in the three-match ODI series with the second match scheduled on Thursday at Lord’s.