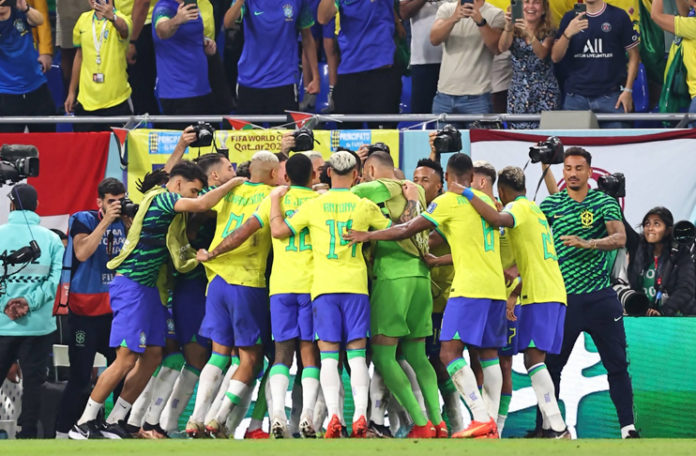 DOHA: Former champions Brazil have eased through to the Round of 16 as Casemiro’s late strike powered them to a 1-0 victory over Switzerland in the Group G clash of the ongoing FIFA World Cup 2022 at Stadium 974 here on Monday.

Five-time champions Brazil joined the defending champions France in the knockout stage as they beat Switzerland to taste their second consecutive group stage triumph and qualified with one game to spare.

The inflexible Swiss side frustrated Brazil in the first half and they eventually had to settle for a goalless first half as both teams remained hesitant to high press.

The important Group G clash between the two powerhouses seemed to be on track for a goalless draw when Vinicius Jr’s second-half goal was disallowed for offside after a VAR check.

However, seven minutes away from the 90-minute mark, Rodrygo flicked the ball towards the penalty area, which took a bounce before Casemiro smashed a half-volley that sent it spiralling into the far corner.

Brazil next face Cameroon in their final group match on Sunday and will be tempted to rest their key players, while Switzerland will take on Serbia, knowing that a win can guarantee them a spot into the knockout stage.