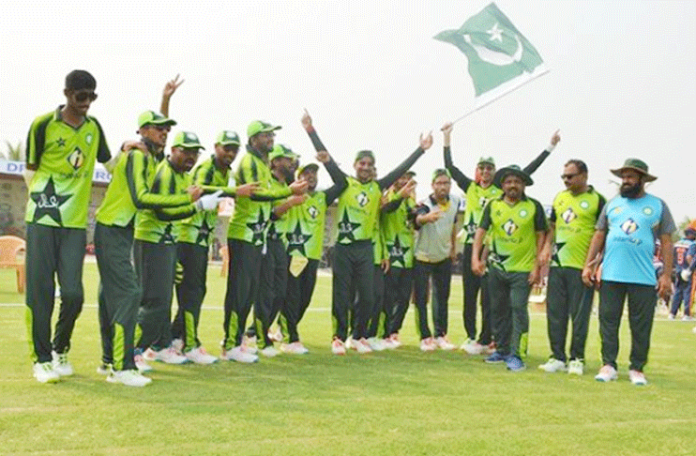 SHARJAH: In the opening match of the ongoing Triangular T-20 Blind Cricket Tournament, Pakistan outclassed the arch-rivals India by 29 runs, here on Sunday.

In the opening match of the Triangular series, India invited Pakistan to bat first after the coin flipped in the former’s favour.

Batting first, Pakistan posted a commendable total of 191/9 in the allotted 20 overs. Mohammad Rashid top-scored for the Green shirts with his outstanding knock of 48 runs, while Badar also chipped in with 24 runs.

In the run chase, the Pakistan bowling attack went hard and restricted India to 162/6 in the allotted 20 overs despite the fifties from Durga Rao and Venkatesh, who scored 54 and 48 runs respectively.

For his brilliant performance with the bat, Rashid was adjudged as the Player of the match.