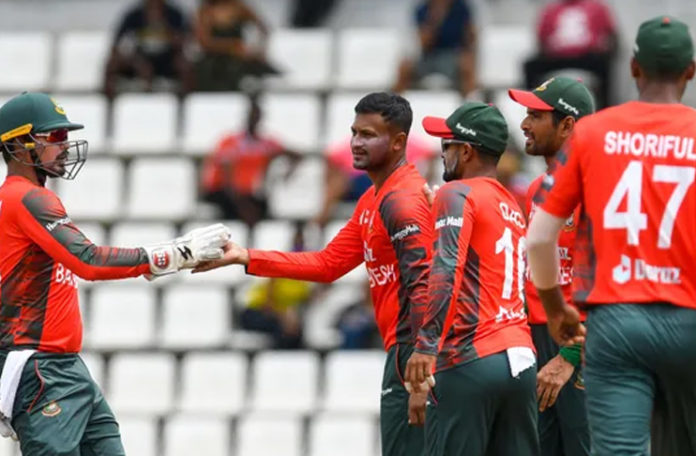 DHAKA: Bangladesh are set to play their first T20 World Cup without the services of Tamim Iqbal, Mushfiqur Rahim and Mahmudullah Riad as they announced a 15-member squad for the ICC men’s T20 World Cup 2022 in Australia.

Shakib Al Hasan-led Bangladesh will compete in a tri-nation series against Pakistan and the hosts New Zealand before flying to Australia for the mega event.

Bangladesh dropped five players from the Asia Cup squad, including the veteran all-rounder Mahmudullah, who led the side in the last year’s ICC T20 World Cup in UAE.

Whereas, Litton Das, Yasir Ali, Nurul Hasan, Hasan Mahmud and Najmul Hossain Shanto have been recalled to the Bangladesh side.

Meanwhile, Bangladesh will be missing two of their veterans, opener Tamim Iqbal and wicket-keeper batter Mushfiqur, both of whom called time on their T20I careers.