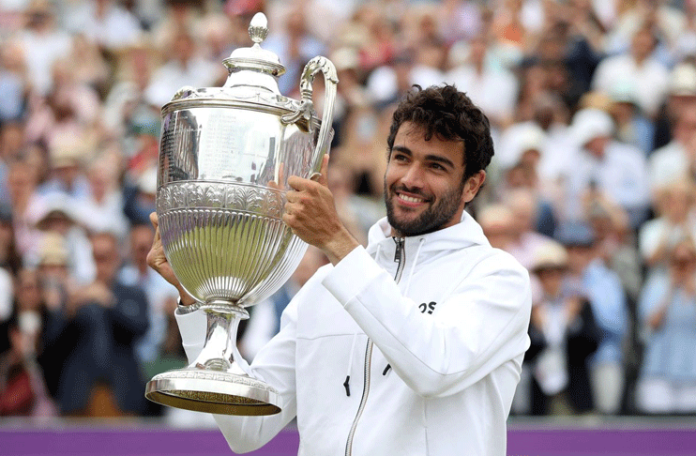 LONDON: Matteo Berrettini put on a show in the final of the Queen’s as he outclassed Filip Krajinovic to claim his second consecutive title.

In the final of the event, the Italian Berrettini displayed sheer dominance with his serving performance and thumped Serbian Krajinovic 7-5, 6-4.

Berrettini, who is going through a purple patch in the grass-court matches; winning 20 out of the last 21 contests, has benefitted from his sublime form as he claimed his second title in two weeks. His sole defeat, however, came against Novak Djokovic in the Wimbledon final last year.

Following his incredible run, the second Italian seed will be among the favourites for the Wimbledon, which begins on June 27.

It is pertinent to mention here that Berrettini returned to the action in Stuttgart Open last week after having surgery on his right hand and also admitted that he had not been sure what form he would find.