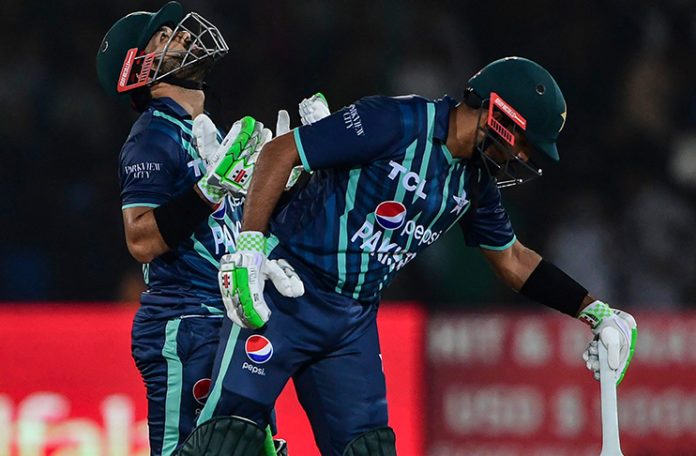 DUBAI: Pakistan all-format captain Babar Azam has regained the third spot on the T20I batter’s rankings, which he lost just a week ago, thanks to his brilliant century in the second T20I against England.

Meanwhile, Mohammad Rizwan has tightened his grip on the No.1 spot as he surged to 861 rating points following his sublime form in the ongoing T20I series between Pakistan and England.

According to the latest released rankings by the International Cricket Council on Wednesday, Babar has once again etched his name in the top three on the batter’s list with 799 rating points.

India’s Suryakumar Yadav edged past Babar with a difference of just two rating points as he jumped to the No.2 after his scintillating 69 off 36 in the third T20I against Australia.

However, the recent reshuffle in the batting charts propelled South Africa’s Aiden Markram to lose his No.2 spot as he slipped to the fourth position.

In the bowlers’ rankings, Pakistan speedster Haris Rauf improved his standings as he jumped seven spots and secured 14th place after his impressive bowling in the ongoing T20I series against England.

Australia’s Josh Hazlewood, however, retained the top slot on the T20I bowler’s list followed by South Africa’s Tabraiz Shamsi in the second spot.