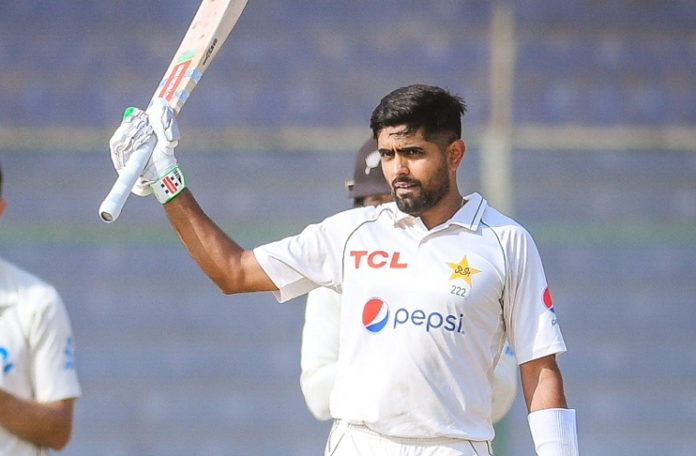 DUBAI:  Pakistan’s all-format skipper Babar Azam has been included in the ICC  Men’s Test Team of the Year 2022.

Babar, who is also the captain of the ODI Team of the Year, has now made his mark on the  Test team of the year 2022, announced by the International Cricket Council on Tuesday.

England red-ball captain Ben Stokes has been named captain of the side which includes four Australians, three English players including Stokes, and one each from Pakistan, West Indies, India and South Africa.

Babar had a dream run with the bat which saw him becoming the highest run-scorer in the longest format in the previous year.

He amassed a staggering 1184 runs at an impressive average of 69.94 in the calendar year, including four centuries and seven fifties. He scored a century against each of the four opponents he faced in 2022.

“The much-anticipated home series against Australia saw Babar hit 390 runs in home conditions, and he amassed 348 more when England visited later in the year. His 196 against the Aussies in Karachi in March was, and still is, his highest individual score in Tests” said ICC in a media release.