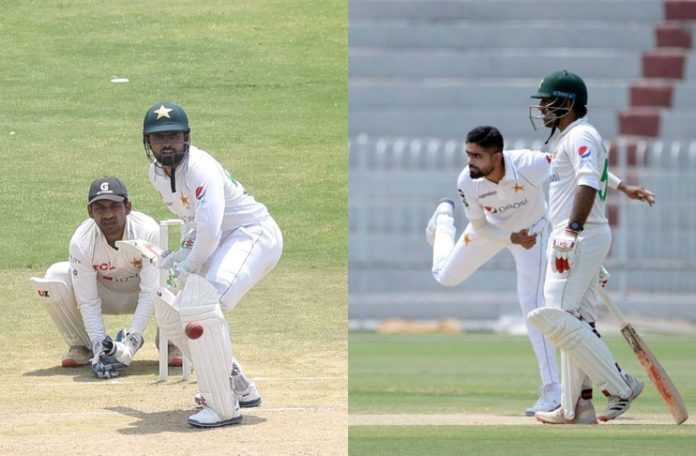 RAWALPINDI: Pakistan’s all-format captain Babar Azam bettered his last day’s century with two wickets as he displayed an astounding all-round performance in the intra-squad scenario-based practice match ahead of the Sri Lanka tour.

Babar, who piled up runs on the first day of the practice match, displayed his brilliant bowling abilities on the second, as he found himself among the wickets.

The right-handed batter resumed his unbeaten century-plus knock on the second day and retired after scoring 134. After Babar, Fawad Alam was the highest run-scorer with his magnificent 75.

Salman also top-scored for his side as he scored an important 48, the skipper Sarfaraz Ahmed, Hasan, and Shaheen were the other notable run-getters for the side.

Besides Babar, Haris Rauf and Mubasir Khan also bagged two wickets each before the match concluded in a draw.

It is pertinent to mention here that following the conclusion of the intra-squad scenario-based practice match, the national squad for the away Test series against Sri Lanka will have a rest day tomorrow.