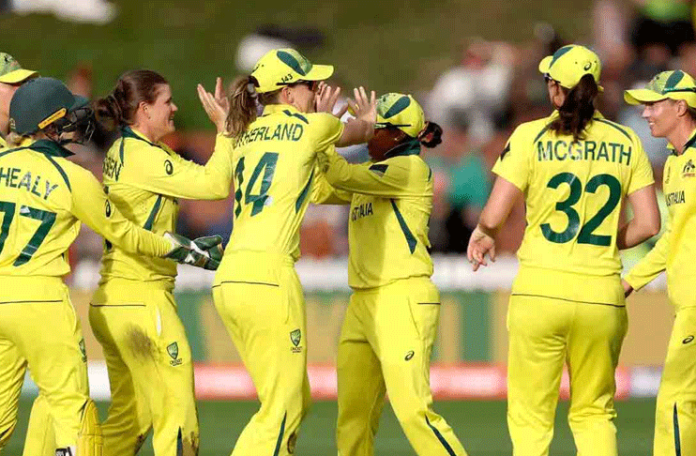 WELLINGTON: Australian openers Alyssa Healy scored a magnificent century and put on the highest partnership of the ongoing ICC Women’s World Cup 2022 with Rachael Haynes to power their side to thump West Indies by 157 runs and stormed into the final.

The dominant Australian side have extended their unbeaten run in the ongoing edition of the women’s world cup as the former champions have outclassed the West Indies by a massive margin of 157 runs in a rain-affected semi-final.

Batting first Australia managed to amass a decent total of 305/3 in the allotted 45 overs, thanks to the wonderful knocks from Healy and Haynes. The opening pair added 216-runs for the first wicket — highest for any wicket in this world cup — to lay a solid foundation.

Healy, who was scoring at a quicker rate fell short in the 33rd over after scoring a wonderful century. The wicket-keeper batter scored 129 off just 107 balls, laced with 17 boundaries and a six.

Haynes, on the other hand, remained unlucky as she missed out on her century by 15 runs as Chinelle Henry dismissed her on 85 in 36th over. The left-handed batter faced 100 balls in the course of her brilliant innings and hit nine boundaries.

The middle-order batter Beth Mooney then chipped in with a quick 43 off 31 deliveries, down the order and took her side to 305/3 in 45 overs.

For West Indies, Henry led the bowling chart with two wickets, while Shamilia Connell bagged one.

Set to chase 304, the West Indian batting line-up failed and could only manage to score 148 before being bowled out in 37 overs.

The skipper Stafanie Taylor fought hard with her gritty 48 off 75 balls, while Hayley Matthews and Deandra Dottin scored 34 each.

The rest of the batters could not contribute significantly in the run chase and as a result, the side could only score 148; handing an easy 157-runs victory to Australia.

READ: ‘All members of the squad test negative for COVID-19’ Cricket Australia