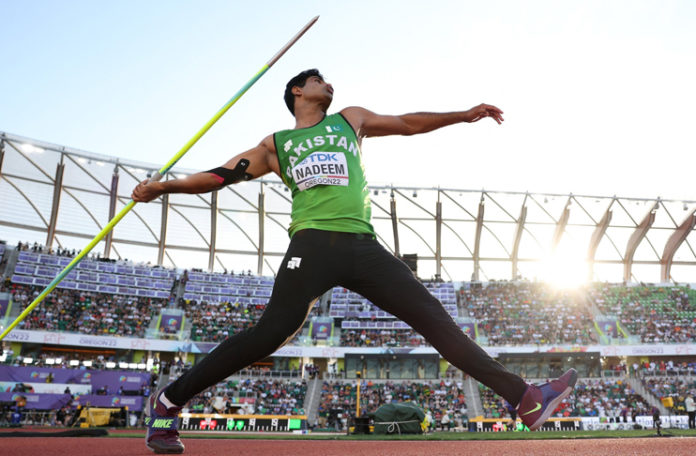 BIRMINGHAM: Pakistan’s ace athlete Arshad Nadeem has reached Birmingham from London to participate in the Javelin-throw event at the Commonwealth Games 2022.

Arshad, who secured the fifth position in the recently held World Athletics Championships, will officially start his Commonwealth campaign on August 5 with the qualifying round of the javelin-throw competition.

Arshad underwent the registration process and mandatory Covid-19 testing at the Games’ welcome centre after he reached here. He was then moved to Shackelton Village after returning a negative corona test.

“I am satisfied with my performance in the Athletics Championships. I have prepared well for the  Commonwealth Games,” said Arshad on the occasion.

He also requested the whole nation to pray for his success at the event.

It is pertinent to mention here that Arshad created history for Pakistan as he became the first athlete from the country to reach a final at World Athletics Cham­pionships. Whereas, he finished fifth at the Tokyo Olympics last year.