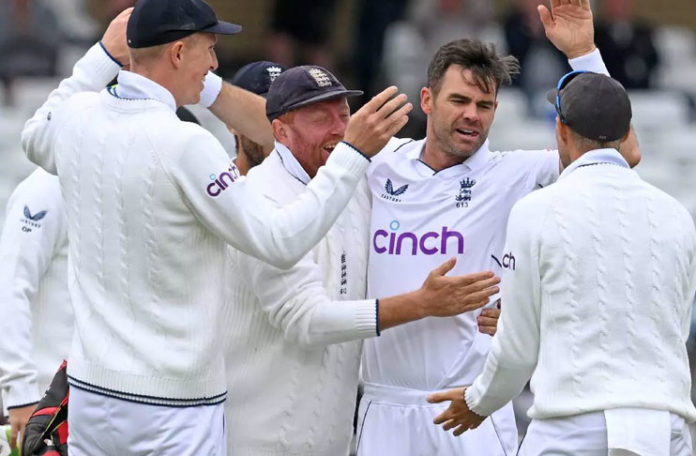 LONDON: England and Wales Cricket Board (ECB) has announced the Playing XI for their home fifth and final Test against India, veteran pacer James Anderson returned after recovering from an injury.

The hosts England have revealed their lineup for the fifth and final Test of England’s previously scheduled series, which was postponed due to concerns about the Covid-19.

England’s veteran pacer, who missed the final Test against New Zealand of the recently-concluded series due to an ankle injury, has recovered and has been added to the Playing XI for India Test. Whereas, his replacement Jamie Overton remained unable to make it to the side.

Our XI for the fifth LV= Insurance Test with @BCCI 🏏

It is pertinent to mention here that India are yet to reveal their captain for the Test as Rohit Sharma is doubtful after contracting the widely spread virus, while the deputy KL Rahul was ruled out of the entire tour as he will be travelling to Germany for the treatment.