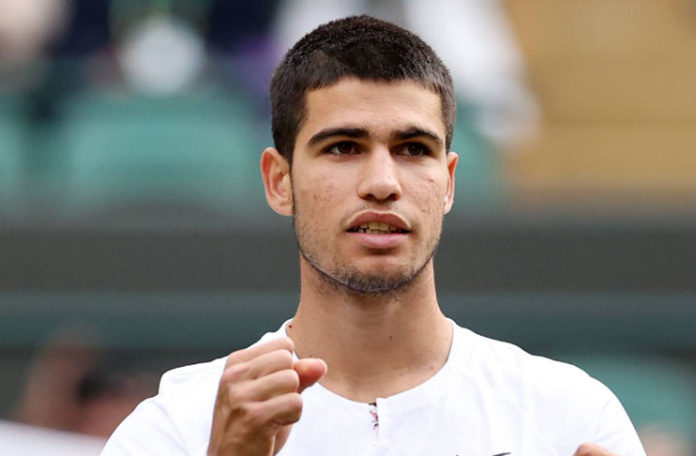 LONDON: The Spaniard Carlos Alcaraz carried on his wonderful in the ongoing Wimbledon as he outclassed his German opponent Oscar Otte 6-3, 6-1, 6-2 to storm into the fourth round of the marquee event.

In the third-round clash, Alcaraz displayed sheer dominance over Otte and made sure to improvise his Wimbledon by storming into the fourth round for the first time.

Following his qualification in the last 16, Alcaraz has also become the youngest to reach that stage in the iconic event since Bernard Tomic reached the 2011 quarter-finals at the age of 18.

The Spaniard will now lock horns with the 10th seed Jannik Sinner in a bid to qualify for the quarters for the first time.

In his one of the most perfect matches, Alcaraz left no chance for the 32nd seed Otte and dominated in all three sets before running away with the victory in one hour and 38 minutes.

Following his powerful and precise hitting, the teenager finished with 37 winners and just eight unforced errors, winning 88 per cent (35/40) of his first-serve points.

READ: Bumrah overtakes Brian Lara to score most runs in an over in Test cricket