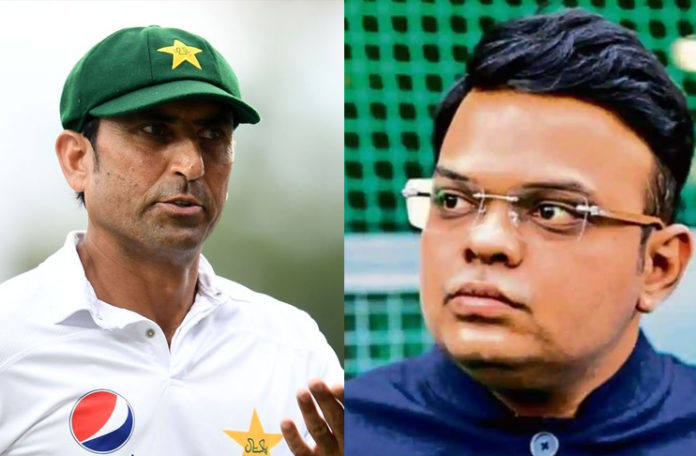 KARACHI: Former Pakistan captain Younis Khan opined regarding India’s refusal to tour Pakistan for next year’s Asia Cup and advised the Pakistan Cricket Board (PCB) to take a strong stance on this matter.

During Tuesday’s episode of Har Lamha Purjosh – ARY News’ famous cricketing show, host Waseem Badami asked former cricketers Younis and Kamran Akmal to comment on the statement of the Board of Cricket Control in India (BCCI) secretary Jay Shah, who is also the president of Asian Cricket Council (ACC).

In response, both former cricketers unanimously suggested that the PCB should take a strong stance on this matter and should stick to hosting the tournament regardless of India’s participation.

“I think Jay Shah should not have said that but since the bullet has been fired I would ask the PCB to take a firm stance on this issue, just like we did in the past [after New Zealand called off Pakistan’s tour at the eleventh hour] and as you know those teams have begun to tour the country,” said Younis.

“But if they [BCCI] decide to stick with their decision then it should not matter to us if the Indian team does not participate in Asia Cup and we should consider not travelling to India for the ODI World Cup the following year, nor we should agree to host Asia Cup at a neutral venue,” he maintained.

Kamran, on the other hand, echoed Younis’ comments and demanded a boycott of all matches against India, including their eagerly anticipated ICC T20 World Cup 2022 matches, which is set to take place on Sunday (October 23).

“I believe Jay Shah’s statement was unexpected, and since he attended the Pakistan-India game during this year’s Asia Cup, he should reserve politics for his opposition and avoid dragging it into sports,” Kamran said.

“Asia Cup should only be hosted in Pakistan and if that does not happen then Pakistan should not play against India at any level, be it ICC events’ matches, Asia Cup matches, or even their match on October 23,” he added.