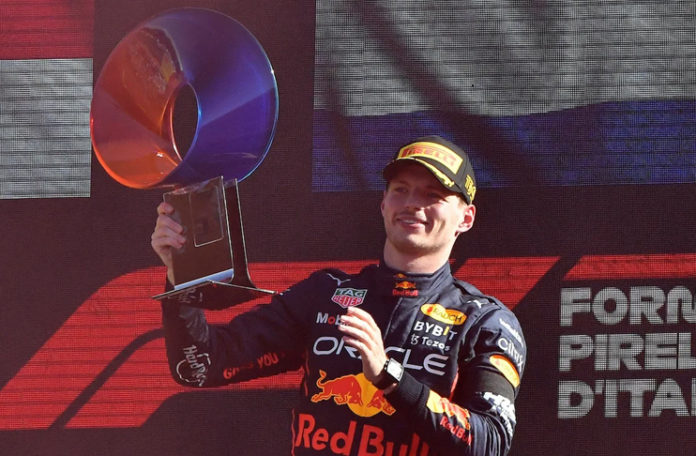 Verstappen, who started from seventh, went on to surprise the home Ferrari audience in a race that featured jeers from the crowd and frustration from Ferrari as the drivers had to complete the final six laps with the safety car.

The Dutchman claimed his first win here and a fifth GP in a row to extend his championship lead over Ferrari’s Charles Leclerc to 116 points.

Leclerc, on the other hand, started from the pole position but finished behind Verstappen to claim the second spot after surrendering the lead twice in pits.

Mercedes’ George Russell completed the podium, while Carlos Sainz, Leclerc’s teammate, advanced from 18th on the starting row to fourth.

Seven-time world champion Lewis Hamilton also competed from the back of the Mercedes to finish an outstanding fifth, and Nyck de Vries, who was thrilled to make his Formula One debut, won points by placing ninth in place of Alex Albon of Williams.