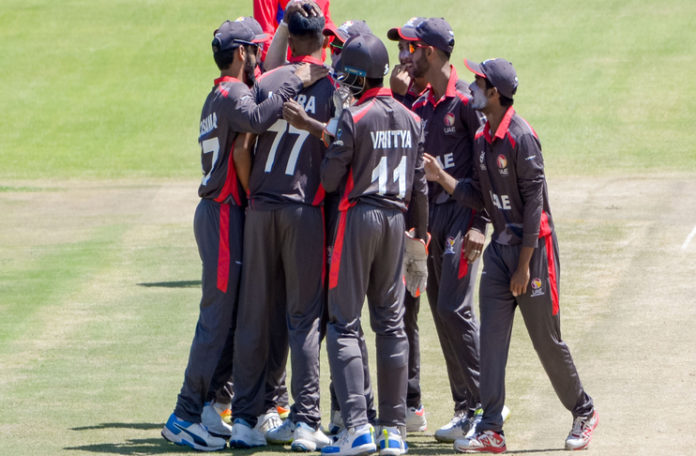 Set to chase 225, West Indies bowled out for a skimpy 142; handing a massive victory by 82 runs to the UAE. Home side’s Nathan Edwards fought hard; scoring an unbeaten valiant half-century. He scored 51 off 65 balls, including five boundaries, while the rest of the batters could not manage to contribute significantly.

Batting first, UAE posted a commendable total of 224 despite a top-order failure, thanks to Afzal Khan’s magnificent 93. He faced 121 deliveries and smashed 11 boundaries. Shival Bawa too, chipped in with his astonishing half-century; scoring 51 off 58, laced with five boundaries and two sixes.

For the home side, Shiva Sankar picked three wickets, while Edward and Matthew Nandu took two wickets each. Anderson Mahase and McKenny Clarke struck out a batter each.

Batting first, Uganda’s batting line-up failed to post a commendable total and could only manage to score 123. Cyrus Kakuru, however, fought hard and scored a gritty 65 off 59 balls, laced with 11 boundaries but, with a lack of support from the other end. His heroics could only steer the side to 123.

Set to chase a paltry 124, PNG displayed an even worse batting display and bowled for 88. Morea top-scored with his 26, while eight of their batters could not even get into the double figures.