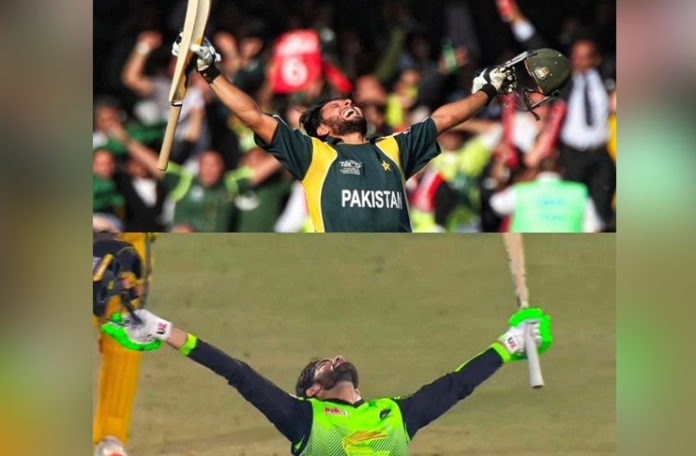 KARACHI: Shaheen Shah Afridi stolen the limelight with his batting, smashing 22 off last over against Peshawar Zalmi to tie the last group match of Pakistan Super League (PSL) season 7.

Not only his thrilling batting, but his celebration style also reminded fans of Shahid Khan Afridi’s era.

Here’s how fans described and compared Shaheen with Shahid.

Last year, Shaheen took jersey number ’10’ known for Shahid. The former all-rounder gave special permission to him. Also last year, Shaheen’s family sent his marriage proposal for Shahid’s daughter, which was confirmed by the cricketer himself on Twitter.

“Shaheen’s family approached my family for my daughter. Both families are in touch, matches are made in heaven, if Allah wills this match will be made too. My prayers are with Shaheen for his continued success on and off the field,” Shahid wrote in his Tweet.