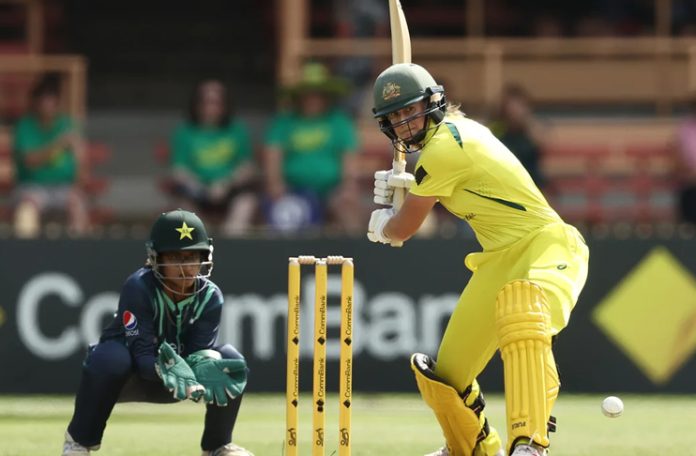 SYDNEY: Megan Schutt ran through the Pakistan batting line with her maiden five-wicket haul before veteran Ellyse Perry smashed a crisp half-century to hand Australia Women’s team a commanding eight-wicket win over Pakistan in the first T20I, here on Tuesday.

Schutt produced career-best figures, 5 for 15, as she led the energetic Australian bowling attack that confined Pakistan to a paltry total of 118 after they opted to bat first.

Australia, in return, eased past the target with 38 balls to spare. Perry who claimed 2 for 3 in her two overs, showed her batting class as well, as she went unbeaten on 57 from 40.

Perry came out to open for Australia in place of Beth Mooney, along with skipper Meg Lanning, who was beaten by an excellent arm ball from Sadia Iqbal in the second over.

Tahila McGrath held the crease for some time with Perry before she was cleaned up by Nida Dar in the 8th over for 14.

Earlier, Omaima Sohail and Ayesha Naseem put up a monetary fightback lower down the order after Pakistan were once stuck at 57/5 in 10.4 overs. Omaima made 30 from 36 balls while Ayesha scored 24 off 20 balls.

With yet another disappointing outcome following a 3-0 ODI series whitewash, Pakistan are still searching for their first win of the tour with only two T20Is now left to be played.