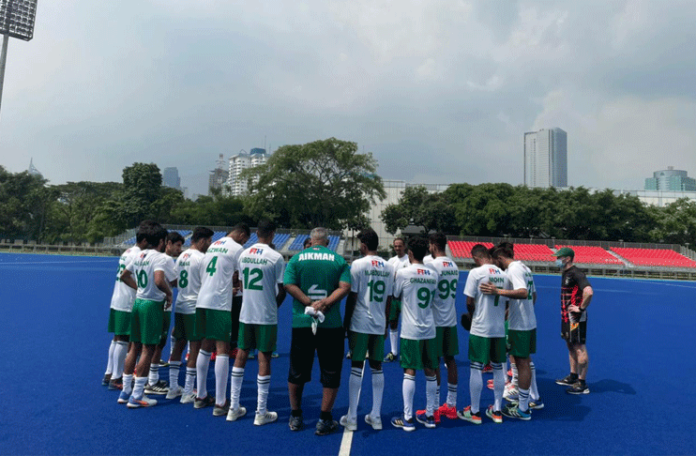 JAKARTA: Pakistan National Men’s Hockey team sealed their first victory of the Hockey Asia Cup 2022 as the side defeated Oman by 1-0 in their second practice match, here on Saturday.

Pakistan, which suffered an opening defeat at the hands of Korea in their first practice match, quickly bounced back and sealed an important victory before officially starting their Asia Cup campaign.

Pakistan’s forward Rizwan Ali, netted the ball once to hand the side an everlasting lead and provided the momentum before their first group match, in which the Green Shirts are scheduled to take on the arch-rivals India.

Pakistan will take on India on May 23, followed by their second match against the hosts Indonesia on May 24, and the third against Japan on May 26.