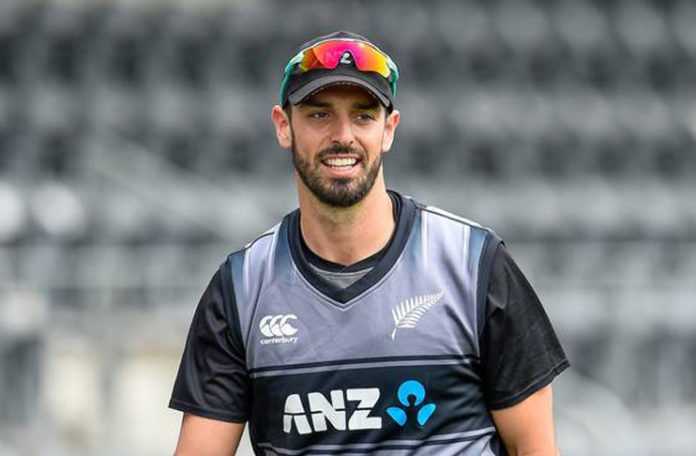 CHRISTCHURCH: New Zealand all-rounder Daryl Mitchell has been ruled out of the ongoing Tri-series against Pakistan and Bangladesh after he injured his right-hand finger on Friday.

According to the details, Mitchell sustained a blow to his hand while practising in the nets on Friday and an X-Ray revealed that he had fractured his fifth metacarpal (pinkie finger).

According to Blackcaps physio Theo Kapakoulakis, Mitchell’s injured hand has been placed in a cast and it will remain there for at least two more weeks.

New Zealand will play their first game of the Tri-series on Saturday (Tomorrow) against Pakistan.

With ICC men’s T20 World Cup 2022 just around the corner, Mitchell’s availability for the mega event in Australia would be under the clouds.

New Zealand team head coach, Gary Stead said any decision in this regard would be taken after assessing Mitchell’s recovery.

New Zealand are set to leave for Australia on October 15 while the final of the tri-nation series is scheduled on October 14.

READ: Messi says 2022 World Cup will ‘surely’ be his last