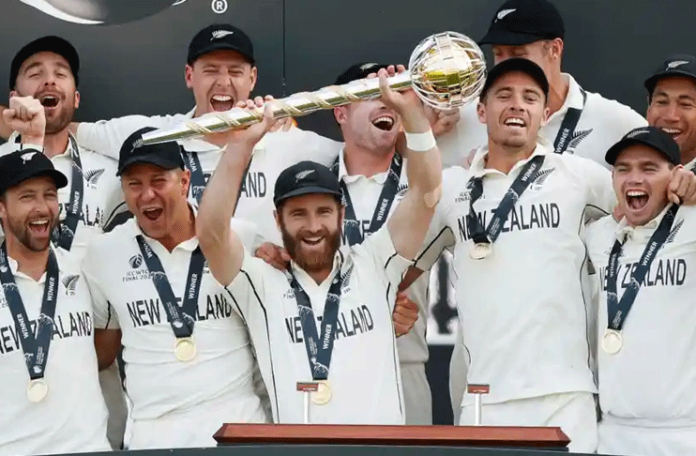 LONDON: The Home of Cricket Lord’s Cricket Ground is likely to host the final of the ongoing World Test Championship in 2023.

According to ESPN Cricinfo, the International Cricket Council (ICC) is considering Lord’s as the viable option to host the final as the COVID-19 restrictions have been ended in the United Kingdom (UK).

As per the details, the cricket governing body is likely to make an official announcement at their Annual General Meeting next month.

The chairperson of the ICC – Greg Barclay, also hinted at the Lord’s as a possible venue to host the final of the World Test Championship.

“I think it is scheduled for Lord’s, that was always the intention,” Barclay said during BBC’s Test Match Special on the second day of the ongoing first Test between England and New Zealand.

“It’s June so that rules out a number of other venues and we’ve got to get certainty around where it’s hosted. We’re out of Covid now so subject to arrangements being made and being able to be hosted out of Lord’s I think that’s the intention,” he added.

It is pertinent to mention here that the 2021 ICC World Test Championship Final between New Zealand and India was shifted from Lord’s to Southampton following the COVID-19 outbreak in the region. The Black Caps eventually defeated India by eight wickets to win their first major ICC trophy.

Australia, on the other hand, lead the points table of the ongoing Test championship, followed by South Africa and India in the second and third place respectively. Whereas, Pakistan slipped to the fifth following Sri Lanka’s surge to the fourth following their away series win over Bangladesh.